Congratulations to both of Quaker Elite’s U12 Boys teams. On May 18, 2019, they each won their Flights at the Whitpain Spring Classic Tournament.

First, the U12 Gold Team won the Gold Flight by winning 2 out of their 3 games and fighting for a draw in the third with with no substitutes available on a very hot Saturday afternoon. The Gold team won the flight over Lower Merion Soccer Club’s Megalodons by one point (7-6). Crucially, the Gold team beat the Megalodons in its first game, guaranteeing that had they tied the Megalodons in points, they would still have won the flight by beating them head to head.

After the Gold Team had been crowned the champions of the Gold Flight, the Quaker Elite U12 Boys Navy Team took their undefeated record onto the field at 5:30 p.m. to play the only other undefeated team in the Silver Flight, the Perk Valley SC Wolverines. Both teams took the field knowing that the winner would be crowned Champion of the Silver Flight. In addition, the Navy team knew that the Gold team had already won its Flight immediately prior to the start of their game. Powered by consistent defensive play and explosive speed on offense, the Navy team beat the Wolves to win the Silver Flight as the sole undefeated team in the Flight.

Special thanks and congratulations to Coaches Mike Falsetta, Steve J. Baron and Steve H. Baron who shared the coaching duties throughout the long, hot day. Also congratulations to all of the Club’s Coaches as both teams had the best goal differential, the most goals for and fewest goals against in each of their Flights!

Congratulations to Quaker Elite 07 Navy for winning the Bimbo B-Active March Into Cups Tournament in the U12 Championship Division.

After ending up in a 3 way tie for first place based on the number of wins in the Tournament (2), the team broke the tie with the most goals scored (9) and fewest goals against (3) for a maximum allowed goal differential of 4.

Special Congratulations to Coach Steve Baron for rallying the team to a 5-0 win in the final game to seal the Tournament victory!

Congratulations to Coach Steve Baron and the Quaker Elite 07/08 Navy Team for winning the U12 Whitewater Classic Tournament in their division! 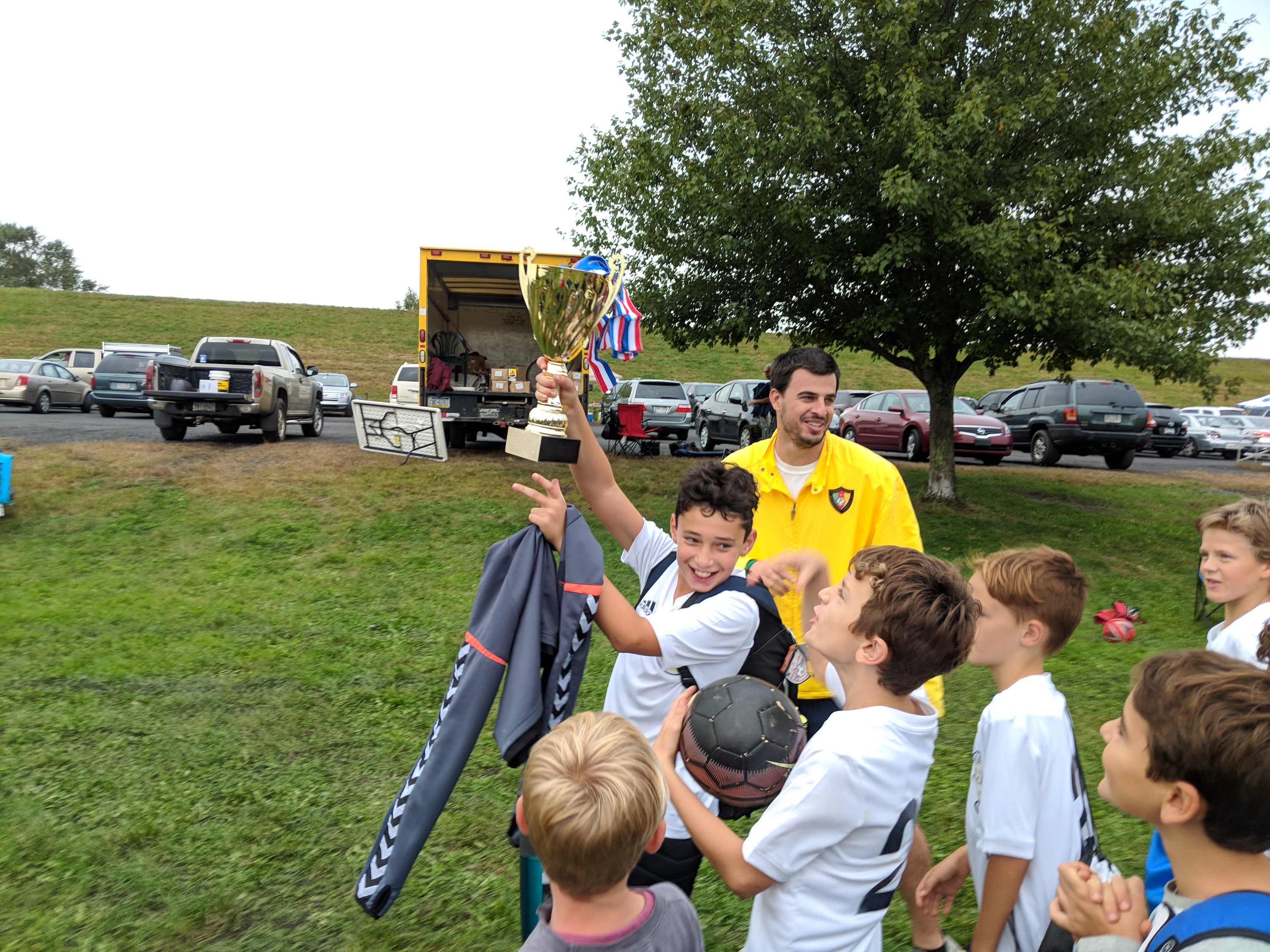 In the off-season some of the U13 Gold Boys player

5v5 in full swing. A great day for soccer! #quak

U11 Boys Gold team wrapped up their Fall regular s

Our U13 Boys Gold Team wrapped up their fall seaso

Members from U13 Gold took in a Temple Soccer 2-1

Our U13 Boys Navy team celebrating a 2-1 win over

Another tough game for the U13 Boys Gold Team this

The U13 Boys Navy team took on Greater Chester Val

U13 Boys Gold vs Lionville Blast this weekend.

Some of our players volunteering this AM before ki

Quaker Elite U13 Gold in action vs. Concord this p